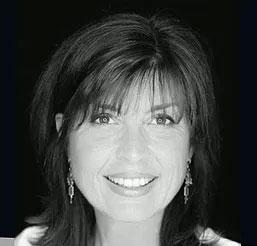 Lee Shacklock has been an influential part of the Design Community in Middle Tennessee for over 20 years.  She comes from a Design/Build family background that started in Atlanta – Her father developed and built residential communities and her mother was a Real Estate Broker who handled the marketing.  That background led to a lifelong passion for and a unique understanding of the Design Process in New Construction.  Spending 15 years in Europe fueled her love of design and architecture, and moved her to pursue a degree in Interior Design while living in England.

After returning to the U.S., she sought opportunities to bring the European style to her work as an award-winning Interior Designer.  In 1999, she was asked to design and furnish one of the houses for the Parade of Homes built by Mike Ford Custom Builders.  That led to Lee becoming a founding member of the team that later evolved into Ford Custom Classic Homes.  As the sole designer, she consulted on plan designs, created and implemented the selections process, set up the design center and made all interior and exterior material selections for all homes built by Ford in the Enclave,  Annandale, Laurelbrooke and Westhaven.  As the company grew, she hired and managed 3 additional designers to take over the smaller product being built in Westhaven while she continued to be responsible for the larger, luxury homes over $700,000.

Lee has also worked with many other builders in Middle Tennessee including Hilton Wickham, Dan Stern, Jr., Southern Land Company, Ron Davis, Brentwood Builders, Hillside Builders, Craig Homes, and Franklin Heritage among others.  She has built custom homes with many high-profile clients and maintains great relationships with her peers as well as the sub-contractors and suppliers.

Ready to Talk? We Are!

We don't know if we are a good fit yet, but let's find out. Give us a call and we can talk through your specific scenario.